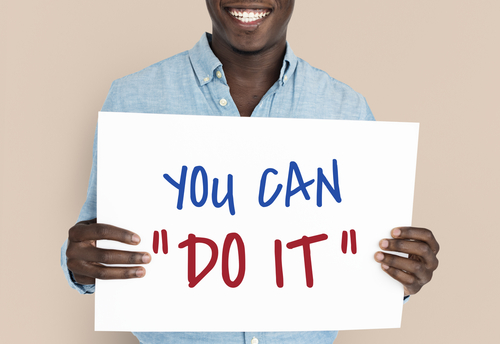 Your Back Up Plan:

Just as the Wright Brother's made more than one attempt to master flight, you may also take multiple attempts to pass exams.  See rules as explained below.

Many successful professionals have done exactly that - Failed an exam, retaken it, and now are working happily!

The 63-Hour course is a licensing course to become a Florida Real Estate Sales Associate.  The state requires that you prove your paricipation in the online course by passing unit quizzes and exams at at least 70%.

Don't worry!  If you fail an end of section exam - that's okay - you can take these as many times as you need to until you pass (during your enrollment period).  Passing will allow you to move forward in the course.

Florida statutes require that the end-of-course be passed at 70%.

Anyone who fails the end-of-course exam may take a second different end-of course exam after 30 days and up to 1 year after the first exam was taken.

As stated by law per Adminstrative Code:

However, keep in mind that your course will have to be "active" in order for you to access exams.  You have 90 days to complete the course from the date of enrollment - including exams.  Extensions may be purchased.

If you fail your second attempt at the end-of-course exam, don't worry.  The state has provisions to allow you to get back into the course.

And we have special pricing to help you.

If this applies to you, Contact Us directly so we can go over your options.  We are happy to help you!

Florida statutes require that the state exam be passed at 75%.

Anyone who fails the state exam may immediately pay and reschedule the exam.  There is no need to wait 30 days (unlike the end-of-course exam).

Throughout history, we can draw inspiration from people that refused to give up.

If you run into an obstacle in your learning.  Do what these great people have done ahead of you - and keep working at it.  It will make all the difference!

The idea of a flying machine took hold in the young minds of the Wright Brothers when they were boys.  After many years, many design changes, and without formal engineering education; they conquered manned flight!

Charles Darwin - He was considered an "average" student.  But he went on to influence science through his studies and writings.

Vincent Van Gogh - He painted throughout his lifetime, even though he only ever sold one painting while he was alive - and that was right before his death!  Now his paintings each sell for millions of dollars.

Thomas Edison - He was told by a teacher that he was too stupid to learn anything.  He went on to hold over a 1,000 patents.

Dr. Seuss - He had his first book rejected 27 times!  Now, his books are loved by children all over the world.

James Dyson - It wasn't until vacuum design number 5,127 that he created a vacuum that went on to make him billions of dollars.

Lady Gaga - She was dropped by her recording company after only three months.  But she stuck it out and became a singing sensation.

Walt Disney - He was fired from a job for "lack of imagination!"  Don't tell Micky Mouse that!

Real Estate Agents - We can't list their names here because that wouldn't be nice.  But start asking real estate agents and you will find one after another that struggled with testing.  But they tried again and nailed it!